By
Brian Daley
Artwork by 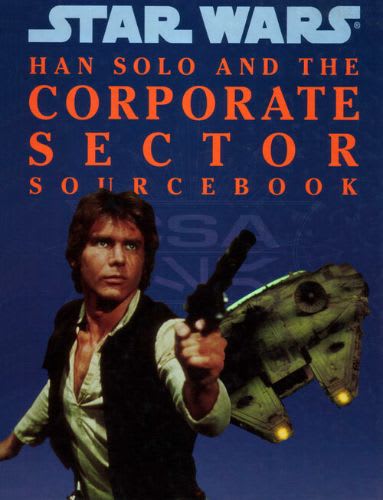 Books in this SeriesComicsTrade PaperbacksOmnibusesYoutini Review
One of the earliest steps into the larger world of the Expanded Universe, Brian Daley’s Han Solo trilogy is almost more Indiana Jones than Star Wars. Daley takes Han and Chewie into the Corporate Sector, out from under the authority of the Empire, in the time shortly before we meet the duo in A New Hope. They outrun the Corporate Authority in the Millennium Falcon, team up with some wacky smugglers and droids, stage prison breaks, track down ancient artifacts, and survive shootouts against Han’s rival gunslinger Gallandro. What you might want to hit ahead of time to get the most out of the series: This series is so ancient in the grand scheme of Star Wars that it’s really not necessary to read any other Star Wars books to enjoy these. They’re not heavy on lore, but lean into the adventure side of Star Wars. A fun experiment is to watch Solo: A Star Wars Story before tackling this trilogy; you might just picture Alden Ehrenreich’s young Han Solo rather than Harrison Ford. How the series is rated, loved by the community, This series is beloved by many and these are most notably Lucasfilm Story Group’s Pablo Hidalgo’s favorite Star Wars books. This series captures Han’s roguish charm along with the Buck Roders serial influence on Star Wars. It’s amazing how much Daley got right, especially considering Han Solo at Star’s End was written before The Empire Strikes Back! Ultimately, the A.C. Crispin Han Solo trilogy is a more in-depth Han Solo origin story, but the Daley books are less contradictory with the new Canon perspective on the character, if that sort of thing matters to you. and conclusively why you might want to read it: These are great books to read if you just want a fun and light Han-centirc read. If you like smugglers more than Jedi, you won’t want to miss these. Daley’s also great to read if you love the historical side of Star Wars storytelling—you’ll have a great understanding of how the EU develops as Daley invents many elements that will stick around for awhile: ripping off the radar dish, Galactic Basic, Fondor, swoop bikes, vibroblades, and Z-95 Headhunters, just to name a few.