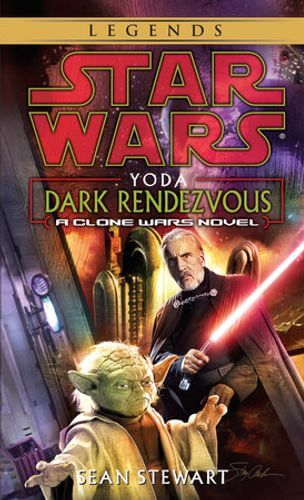 Yoda, Grand Master of the Jedi Order, carries the weight of the Clone Wars on his shoulders. When his former Padawan and leader of the Separatist movement, Count Dooku, reaches out and asks to meet for a truce, that burden becomes heavier still. Knowing that Dooku is likely laying a trap, Yoda places the needs of the galaxy before his own and ventures forth to the mysterious world of Vjun to face his old apprentice for perhaps the final time.

Author Sean Stewart clearly loves Christopher Lee’s background in monster movies and writes Dooku as a sympathetic villain reminiscent of the golden age of Hammer Films. He both heightens Dooku as a villain and humanizes him as a sympathetic character through his exploration of the novel's central question: is Count Dooku redeemable?

As the Clone Wars rage, Jedi Master Yoda must once again face one of his greatest adversaries: Count Dooku. . . .

The savage Clone Wars have forced the Republic to the edge of collapse. During the height of the battle, one Jedi Knight escapes the carnage to deliver a message to Yoda on Coruscant. It appears that Dooku wants peace and demands a rendezvous. Chances are slim that the treacherous Count is sincere but, with a million lives at stake, Yoda has no choice.

The meeting will take place on Djun, a planet steeped in evil. The challenge could not be more difficult. Can Yoda win back his once promising pupil from the dark side or will Count Dooku unleash his sinister forces against his former mentor? Either way, Yoda is sure of one thing: this battle will be one of the fiercest he’ll ever face.