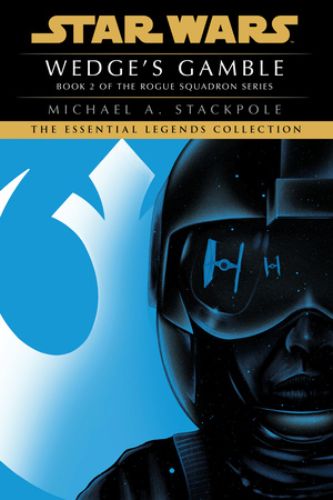 By
Michael A. Stackpole
Released
Apr 5, 2022
Artwork by
Narrated by
Takes place in
6 ABY
In the
New Republic
era
Part of the
The Essential Legends Collection Series
Collects
Masterpiece
Incredible
Good
Fair
Mediocre
Community Rating
#
in the
Youtini Reading Order

Part of the Essential Legends Collections Series to celebrate the 50th anniversary of Lucasfilm, a reprint of the second book in the Classic Rogue Squadron Series

It is the evil heart of a battered and reeling Empire: Coruscant, the giant city-world from whose massive towers the Imperial High Command directs the war. The Rebels will invade this mighty citadel in a daring move to bring the Empire to its knees. But first Wedge Antilles and his X-wing pilots must infiltrate Coruscant to gain vital intelligence information. Capture means death, or worse—enslavement by the vicious leader known as "Iceheart," Ysanne Isard, now Emperor in all but name. And one of Rogue Squadron's own is already her slave, a traitor hidden behind a mask of innocence, working to betray both colleagues and the Rebellion itself.