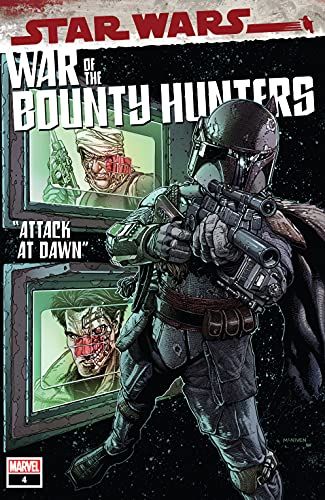 War of the Bounty Hunters #4

The true machinations of the theft of HAN SOLO from BOBA FETT become clear, as one-time love of Solo QI'RA has returned her terrifying criminal organization, CRIMSON DAWN, to the galaxy.

Qi'ra used Han to bring the most powerful players in the galaxy together, and now the pieces are moving toward their endgame.

DARTH VADER, LUKE SKYWALKER, LEIA ORGANA, VALANCE, APHRA, THE HUTTS – all are vying for the ultimate prize, while Boba Fett's stuck in the middle, a simple man just trying to get what's his!