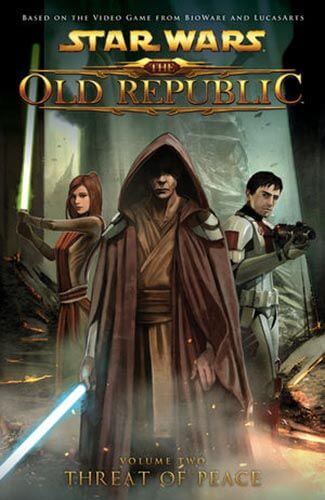 An exclusive first look at the era of Star Wars: The Old Republic, written by one of the writers behind LucasArts and BioWare's wildly anticipated massive multiplayer online game, Threat of Peace unveils a galaxy on the brink of destruction three hundred years after the events of Knights of the Old Republic!

For decades, the Galactic Republic and the Sith Empire have been at war -- the Sith have gained control of the Outer Rim, but their efforts to penetrate the Core Worlds have so far been thwarted. Now, representatives from both sides attempt to negotiate a peace treaty -- but deception by the Sith puts the Jedi in an unfortunate position.

This trade paperback collects Star Wars: The Old Republic issues 1 - 27, which appeared previously only online at swtor.com. This story includes critical events prior to LucasArts and BioWare's soon-to-be-released massive multiplayer online game and is written by one of the writers behind the game! 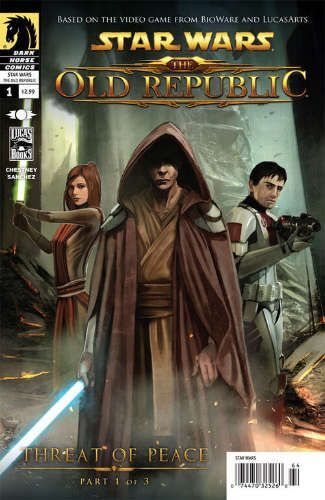 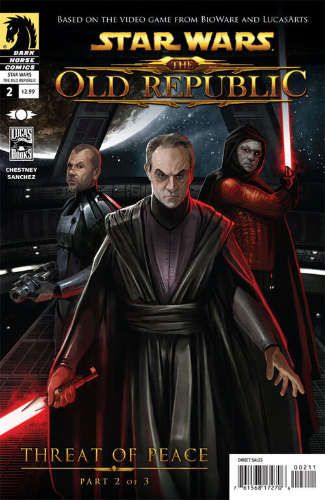 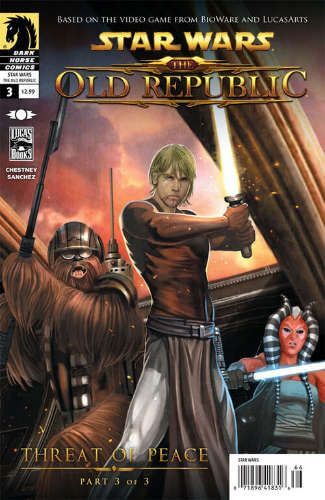 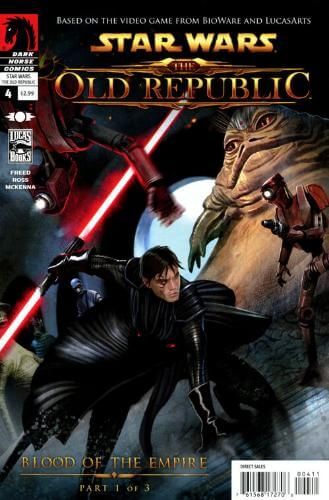