Publisher's SummaryBooks in this SeriesYoutini ReviewVideo ReviewStaff ReviewsCommunity ReviewsVideosCollections
In a sprawlingly complex and thrilling tale of betrayal and blurred lines of loyalty, the Bounty Hunter Wars trilogy is the deep dive into the characters of the bounty hunters The Empire Strikes Back left us hungry for. Simultaneously taking place prior to Episode V and post-Return of the Jedi, Boba Fett is the pivotal player in the dissolution of the infamous guild of bounty hunters. Shadows of the Empire’s villain and head of the Black Sun organization, Prince Xizor, hires spider-like guild leader Kud’ar Mub’at to cull the guild and leave only the best surviving. The fallout of the clan’s destruction has long-term consequences, as various clan members position for power after Fett falls into the Sarlaac pit. But Legends Fett lives to fight another day. He uncovers a conspacy involving the Rebel Alliance, the Kuat shipyards, and even the Skywalkers themselves…

He's the most feared and successful bounty hunter in the galaxy. He is Boba Fett, and even the most hardened criminals tremble at his name. Now he faces the deadliest challenge of his infamous career--an all-out war against his most dangerous enemies.

As the Rebellion gathers force, Prince Xizor proposes a cunning plan to the Emperor and Darth Vader: smash the power of the Bounty Hunters Guild by turning its members against each other. Only the strongest and most ruthless will survive, and they can be used against the Rebellion. It's a job for the fiercely independent Boba Fett, who jumps at the chance to destroy his rivals. But Fett soon realizes the game is rigged, as he finds himself the target of murderous factions, criminal conspiracies, and the evil at the Empire's dark heart. Boba Fett has always finished first. And in this game, anything less is death. 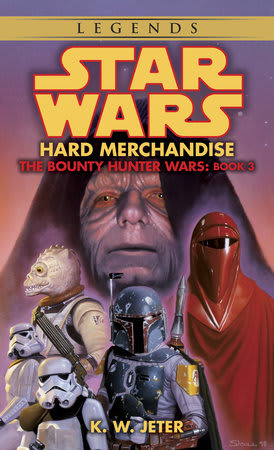