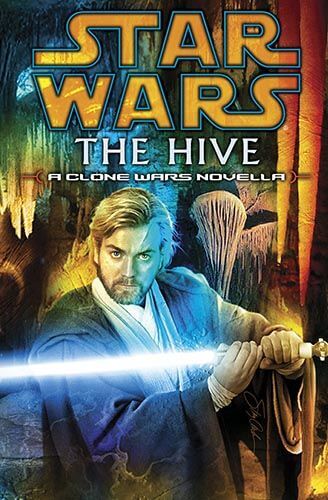 By
Steven Barnes
Released
May 27, 2004
Artwork by
Narrated by
Takes place in
21 BBY
In the
Clone Wars
era
Part of the
Collects
Masterpiece
Incredible
Good
Fair
Mediocre
Community Rating
#
in the
Youtini Reading Order

Dispatched as a Republic envoy to the Outer Rim planet Ord Cestus—in a bid to halt the sale of potentially deadly “bio-droids” to the Confederacy—Obi-Wan Kenobi finds himself enlisted in a mission more desperate, and dangerous, than diplomatic. The once self-contained world has long since been co-opted by unscrupulous offworlders, whose plunder of a vital natural resource has enabled the rise of a powerful corporation that controls the economy. Ord Cestus’s native population, the X’Ting, are now mere second-class citizens in their own society.

Enter the Jedi Knight, with news that a legal technicality has turned the tables—and the corrupt forces with a stranglehold on Ord Cestus are now at the mercy of the X’Ting. Circumstances, however, are more dire than the Republic suspected.

In the wake of a devastating plague, the X’Ting’s benevolent rulers are dead, and the once tightly knit race has splintered into battling factions. Reunification can only come with the rise of new royals, whom all X’Ting are bound by blood to serve. But the eggs that will spawn those sovereigns lie out of reach, secured in a secret chamber and booby-trapped by those whose knowledge died with them in the plague. Now, to salvage a people’s destiny, Obi-Wan will risk a veritable descent into hell: braving the unknown horrors in the forgotten depths of an alien world, on a perilous quest from which none who went before have ever returned.