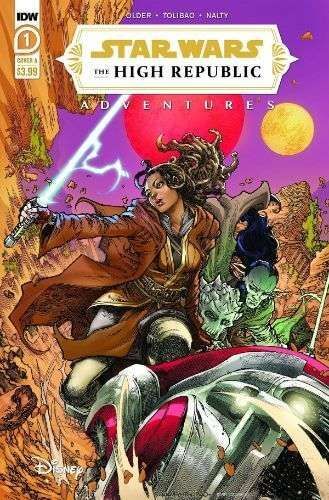 Publisher's SummaryBooks in this SeriesYoutini ReviewVideo ReviewStaff ReviewsCommunity ReviewsVideosCollections
Daniel José Older’s first High Republic title is the ongoing comic series for younger audiences, The High Republic Adventures from IDW. None other than Master Yoda himself takes the reigns in this series. He’s aboard an academic cruiser, The Starhopper, with a crew of Jedi younglings when their field trip turns into a life-and-death adventure when they come up against the Nihil. Lula Talisola is the protagonist, the leader of the Padawan squad, who now has the challenge of moving beyond the classroom into the battlefield. Plus new Jedi Temples, a kind-hearted Chagrian Jedi known as BUCKETS OF BLOOD, and the dynamic art of Harvey Tolibao, and IDW’s series certainly has a lot of promise for fans both young and old alike.

An all-new ongoing series! In the glory days of the Republic, two hundred years before the adventures of Luke, Leia, Han, and Chewbacca, the Jedi stand as guardians of galactic peace—until a powerful new adversary called the Nihil arrives. Now a group of young Padawans, training under Master Yoda, must protect the Republic while learning the lessons that will one day lead them to become powerful Jedi in their own right. Writer Daniel José Older, bestselling author of Star Wars: Last Shot, and artist Harvey Tolibao bring IDW into The High Republic, a massive publishing crossover spanning comics and prose! 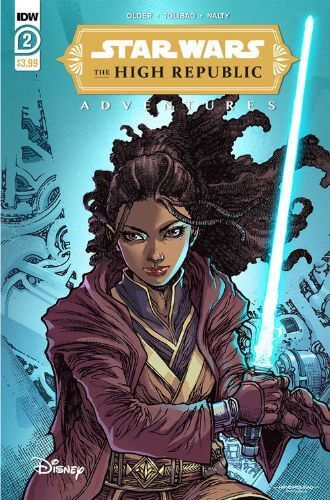 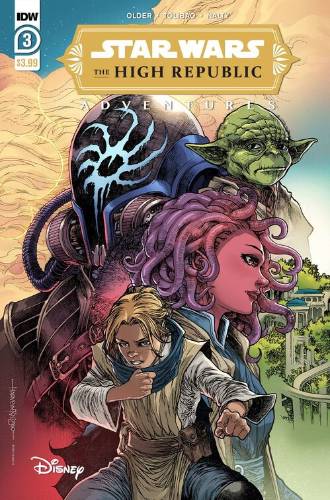 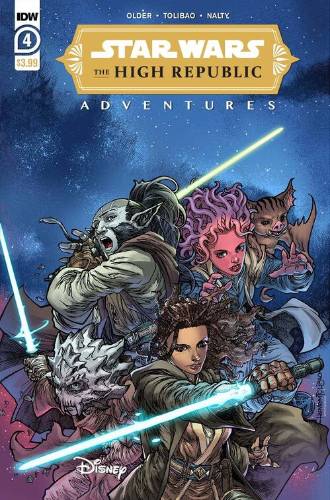 Cantina of Comics Episode 17 - The Hydrospanner