Tales from the Empire

Publisher's SummaryBooks in this SeriesYoutini ReviewVideo ReviewStaff ReviewsCommunity ReviewsVideosCollections
Tales from the Empire continues the anthology of 90s short stories after Tales from the Mos Eisley Cantina, Tales from Jabba’s Palace, Tales of the Bounty Another massive mid-90s collaboration of Star Wars storytelling is Tales from the Empire. Enlisting many notable authors including Timothy Zahn and Michael Stackpole, Tales from the Empire features fan-favorite Legends characters Talon Karrde, Mara Jade, Corran Horn, and Boba Fett!

Culled from the pages of the Star Wars Adventure Journal, one of the most popular Star Wars magazines in the field today, comes this exciting new short-story collection. Here are stories from such award-winning and New York Times bestselling authors as Timothy Zahn, Michael A. Stackpole, and Kathy Tyers as well as exciting newcomers, including Erin Endom, Laurie Burns, and Patricia A. Jackson. From the desperate flight of a civilian mail courier carrying vital Rebel intelligence through an Imperial blockade, to a suicidal commando raid on an impregnable Imperial prison, to a Corellian smuggler mysteriously hired by an actor turned Jedi Knight turned Imperial assassin for one final transformation, these tales capture all the high adventure, imaginative genius, and nonstop action that are the hallmarks of the Star Wars saga. 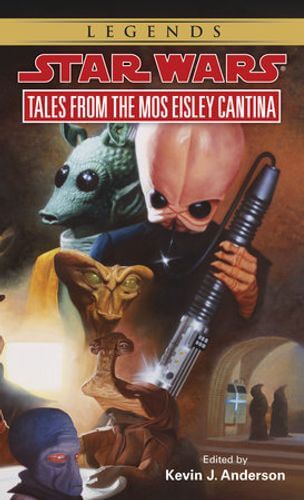