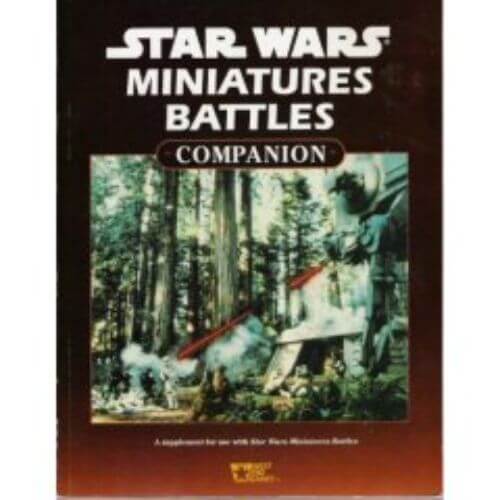 Star Wars Miniatures Battles Companion is a rulebook written by Stephen Crane for the Star Wars Miniatures Battles system published by West End Games. Published in 1994, it was the first supplement to the game system and added vehicle rules and flight rules to the game. It also included errata and rules revisions, as well as new and optional rules, new equipment, a section detailing unit insignia and organization, and a collection of game scenarios, including advice on running campaigns of linked game scenarios. Scenarios Five scenarios were included in the Companion. The first of these was Objective: Retrieval, a stand-alone scenario. The other four scenarios were included as a campaign called A Time for Silence, in which rebel forces attempted to destroy an Imperial communications base. The first three scenarios (Pulling the Plug, To Seize the Bay, and Through the Backdoor) were independent of one another, but their outcomes directly impacted the final scenario, King of the Mountain.