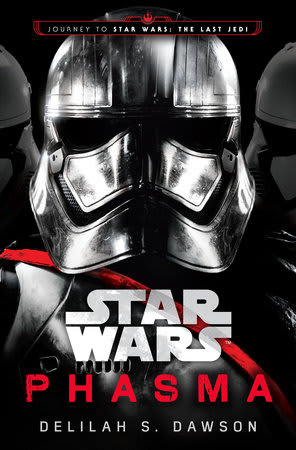 By
Delilah S. Dawson
Released
Sep 1, 2017
Artwork by
Narrated by
January LaVoy
Takes place in
28 - 33 ABY
In the
Rise of the First Order
era
Part of the
Stand Alone Canon Novels
Collects
Masterpiece
Incredible
Good
Fair
Mediocre
Violent, dark, and whimsical is a hard combination to pull off in a Star Wars novel, but Dawson manages to do it in spectacular fashion.
Community Rating
#
37
in the
Youtini Reading Order

Read Our Full Review

Masterpiece
Incredible
Good
Fair
Mediocre
Violent, dark, and whimsical is a hard combination to pull off in a Star Wars novel, but Dawson manages to do it in spectacular fashion.