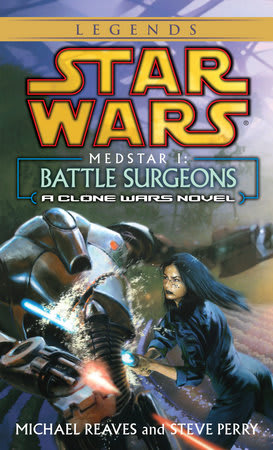 Each individual Jedi is particularly strong in some aspect of the Force. For Barriss Offee, that aspect is Force healing. When she is dispatched on a mission to a medical facility helping tend to the wounded at the battle of Drongar, it seems her abilities can be of vital importance. But not all those at Drongar have such innocent intentions, and Barriss quickly finds that her mission will require much more than a healing touch.

Michael Reaves and Steve Perry team up for the first half of the Medstar duology that will challenge readers to truly define what it means to be a Jedi.

As Civil War between the Republic and the Separatists rages across the galaxy, nowhere is the fighting more fierce than on the swamp world of Drongar, where a beleaguered mobile hospital unit wages a never-ending war of its own . . .

A surgeon who covers his despair with wise-cracks; another who faces death and misery head-on, venting his emotions through beautiful music . . . A nurse with her heart in her work and her eye on a doctor . . . A Jedi Padawan on a healing mission without her Master . . . These are the core members of a tiny med unit serving the jungle world of Drongar, where battle is waged over the control of a priceless native plant, and an endless line of medlifters brings in the wounded and dying—mostly clone troopers, but also soldiers of all species.

While the healers work desperately to save lives, others plot secretly to profit from the war—either by dealing on the black market or by manipulating the events of the war itself. In the end, though, all will face individual tests, and only those of compassionate hearts and staunch spirits can hope to survive to fight another day. 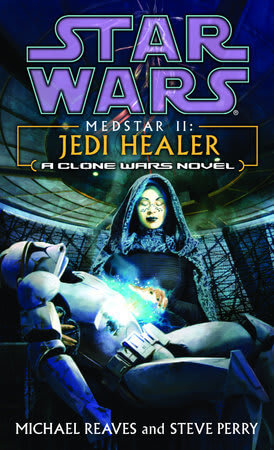