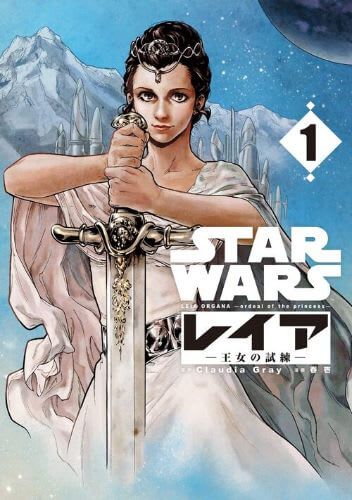 Publisher's SummaryBooks in this SeriesYoutini ReviewVideo ReviewStaff ReviewsCommunity ReviewsVideosCollections
Just when you thought this Alderaanian princess couldn’t get any cuter, this manga adaptation of Claudia Gray’s Leia: Princess of Alderaan story shows the young prodigy looking her very best as she sets off on her most adventurous mission of her teen life. The art in this manga effortlessly grasps the compassion, sincerity, and fierceness in Leia’s eyes as she sets off to follow her heart.

Volume 1 of the Manga Adaptation of Claudia Gray's Young Adult novel Leia, Princess of Alderaan. The never-before-told story of how young Leia Organa comes to join the rebellion against the evil Empire. A young Princess Leia spends her days learning the ways of politics, aiding those in need and preparing for the traditional ceremony in which she declares her intention to one day rule Alderaan. But as Leia prepares herself to be named the heir of the throne, she becomes aware of the growing distance between her and her parents, who behind closed doors are leaders of the newly formed rebellion. Upon learning her parents' secrets, Leia must now make a choice between her responsibility to the people of Alderaan and her responsibility to save a galaxy crushed by the rule of the Empire. 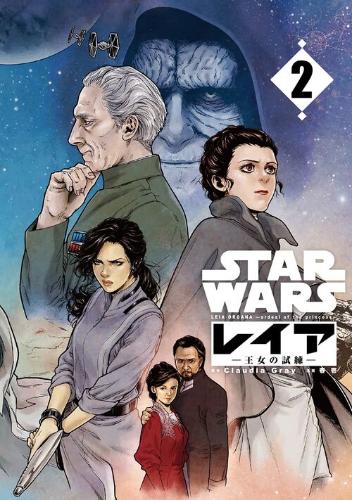 Heather Goldman
Community Department Manager
For someone who has not yet read the original _Leia: Princess of Alderaan_ novel by Claudia Gray, this manga adaptation is a great alternative way to take in the story. The beautiful art style immediately draws you in with stunning colored pages from the start, and the display of Leia’s raw emotions really helps you feel for the young princess. Although Leia is clearly the star, seeing other familiar characters was a welcome addition (such as seeing a young and delightfully weird Holdo). This particular volume ended off on a chilling cliffhanger and I was relieved to notice that this was only the first volume in an entire series. Phew!