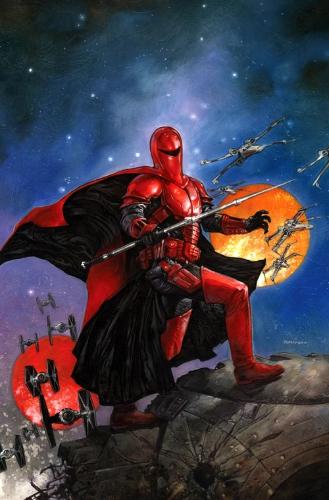 The Crimson Empire trilogy! After Emperor Palpatine's death, his elite Royal Guard have been hunted down and killed — except one: Kir Kanos, the Emperor's most loyal soldier. The man behind the murders is fellow guardsman Carnor Jax, now part of the Imperial ruling council, who wants the throne for himself. Now, Kanos must escape Jax's grasp and find new allies — and a new identity as bounty hunter Kenix Kil! But Kanos's quest puts him in the crosshairs of both the remaining Empire forces, and the leaders of the New Republic: Leia Organa, Han Solo and Luke Skywalker!

The Third Time Pays for All