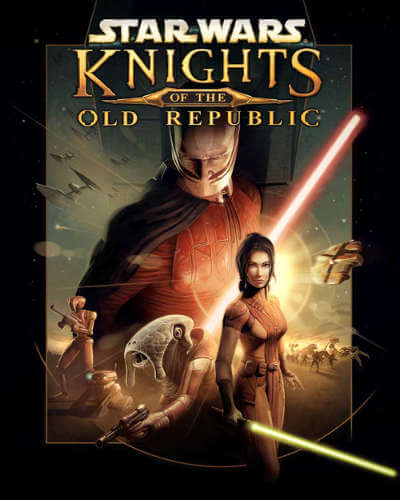 Knights Of The Old Republic

By
Released
Jul 15, 2003
Artwork by
Narrated by
Takes place in
3956 BBY
In the
Old Republic
era
Part of the
Knights Of The Old Republic Video Game Series
Collects
Masterpiece
Incredible
Good
Fair
Mediocre
Community Rating
#
in the
Youtini Reading Order

Publisher's SummaryBooks in this SeriesYoutini ReviewVideo ReviewStaff ReviewsCommunity ReviewsVideosCollections
KOTOR is one of the most beloved video games of all time—Star Wars or otherwise. Originally released for the original Xbox and PC, it was named Game of the Year by multiple outlets, including IGN. Following an unnamed Republic soldier-turned Jedi, his legacy becomes larger than life as he eventually uncovers the truth about his identity. The entire fate of the galaxy hinges on his decision to follow the light or dark path. Darth Malak's Sith Empire threatens to take over the galaxy through the use of the Star Forge, an ancient superweapon/ship factory. The heroes go on a quest from Taris to Dantooine to Manaan, Kashyyyk, Korriban, Tatooine, as well as other secret locations to find the Star Maps which will lead them to the Star Forge. The game featured a groundbreaking light/dark choice system and a deeply resonant story from Drew Karpyshyn.

Four thousand years before the rise of the Galactic Empire, the Republic verges on collapse. DARTH MALAK, last surviving apprentice of the Dark Lord Revan, has unleashed an invincible Sith armada upon an unsuspecting galaxy. Crushing all resistance, Malak's war of conquest has left the Jedi Order scattered and vulnerable as countless Knights fall in battle, and many more swear allegiance to the new Sith Master. In the skies above the Outer Rim world of Taris, a Jedi battle fleet engages the forces of Darth Malak in a desperate effort to halt the Sith's galactic domination.... 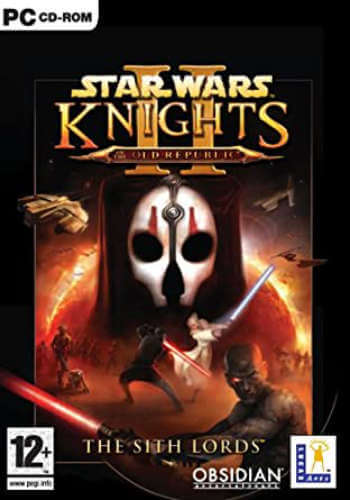