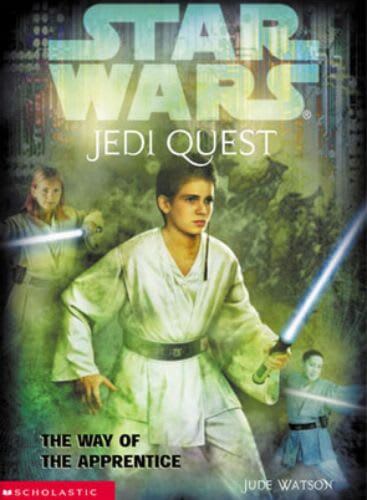 Jedi Quest #1: The Way of the Apprentice

By
Jude Watson
Released
Apr 23, 2002
Artwork by
Narrated by
Takes place in
28 BBY
In the
Rise of the Sith
era
Part of the
Jedi Quest Series
Collects
Masterpiece
Incredible
Good
Fair
Mediocre
Community Rating
#
in the
Youtini Reading Order

Publisher's SummaryBooks in this SeriesYoutini ReviewVideo ReviewStaff ReviewsCommunity ReviewsVideosCollections
Part of Jude Watson’s massive series of Star Wars books published by Scholastic, the Way of the Apprentice begins a ten-book series about Obi-Wan Kenobi training Anakin Skywalker (Jedi Quest: Path to Truth is not a numbered entry in the series, it should probably be considered book 1). Although marketed for young readers, these easily digestible stories are certainly worth anyone’s time. Watson develops an assortment of side characters across her multiple series, the star of whom is Obi-Wan’s Jedi friend and rival, Siri Tachi. She also does a masterful job in creating unique planets, cultures, species, and plots in each book with an overarching villain making repeated appearances throughout. Although it would be helpful to read the Jedi Apprentice series before Jedi Quest, it isn’t necessary in order to dive into Jedi Quest. Audiobooks are available for the first four books in the series.

This first volume in the Jedi Quest series begins an adventure that takes place between Episode I: The Phantom Menace and Episode II: Attack of the Clones. Strong in the ways of the Force, fourteen-year-old Anakin Skywalker is an ideal Jedi apprentice. But despite his legendary piloting and lightsaber skills, he has much to learn from Jedi Master Obi-Wan Kenobi. When Obi-Wan and Anakin are separated during a mission, Anakin and the other apprentices—including his rival—must work together to survive. 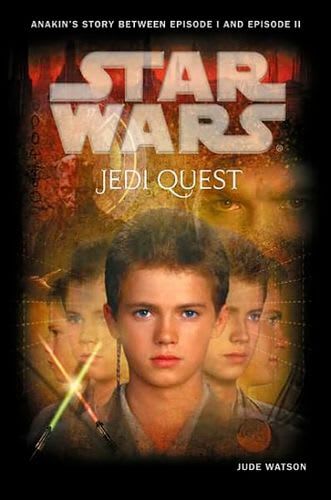 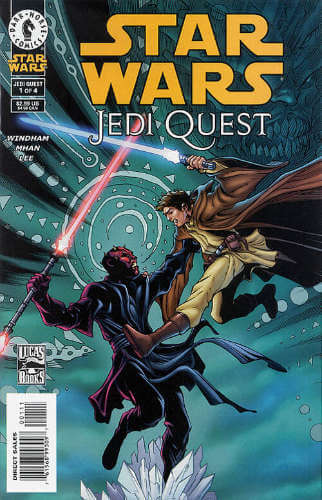 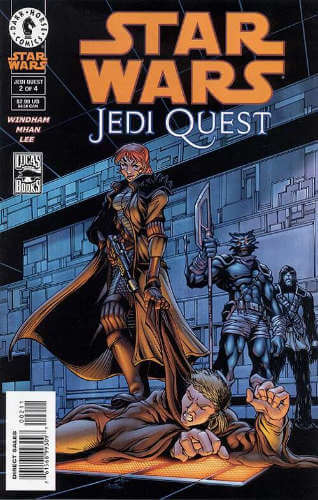 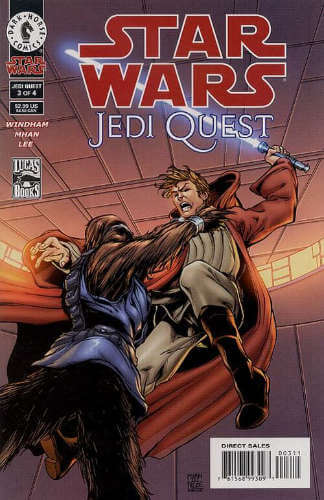