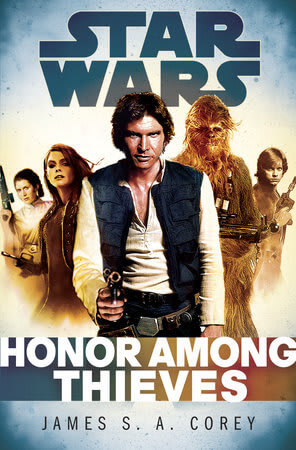 Empire and Rebellion: Honor Among Thieves

The would-be second volume of the Empire and Rebellion trilogy (Kevin Hearne's Heir to the Jedi was originally intended to be the third book, but was made canon after Disney's purchase of Lucasfilm) Honor Among Thieves is a thrilling caper written by James S. A. Corey (The Expanse) set during the time shortly after Star Wars: A New Hope. We find the rebellion on the hunt for a new world to serve as a base for their fight against the Empire.

While Leia sets about negotiations to secure a new home for the rebellion, she sends Han Solo on a rescue mission. Scarlet Hark, a deep cover rebel agent has signaled extraction from a core world that also serves as a stronghold for the empire.

Han Solo is the man for the job, and he and Chewie oblige Leia's request, and as it often goes for our lovable rogue, Han finds himself in scrape after scrape, and escape after narrow escape as the plot becomes more complicated, and greater dangers are revealed.

Scarlet Hark, a new character created by Corey, makes a strong impression, and Honor Among Thieves is one of only two appearances of the character, the other being in a short story that appeared originally in Star Wars Insider #148, Silver and Scarlet. Of particular note, Honor Among Thieves is the last novel published in the original EU, now referred to as Legends.

When the mission is to extract a high-level rebel spy from the very heart of the Empire, Leia Organa knows the best man for the job is Han Solo—something the princess and the smuggler can finally agree on. After all, for a guy who broke into an Imperial cell block and helped destroy the Death Star, the assignment sounds simple enough.

But when Han locates the brash rebel agent, Scarlet Hark, she's determined to stay behind enemy lines. A pirate plans to sell a cache of stolen secrets that the Empire would destroy entire worlds to protect—including the planet where Leia is currently meeting with rebel sympathizers. Scarlet wants to track down the thief and steal the bounty herself, and Han has no choice but to go along if he's to keep everyone involved from getting themselves killed. From teeming city streets to a lethal jungle to a trap-filled alien temple, Han, Chewbacca, Leia, and their daring new comrade confront one ambush, double cross, and firestorm after another as they try to keep crucial intel out of Imperial hands.

But even with the crack support of Luke Skywalker's X-Wing squadron, the Alliance heroes may be hopelessly outgunned in their final battle for the highest of stakes: the power to liberate the galaxy from tyranny or ensure the Empire’s reign of darkness forever.

Check Out the entire
Empire and Rebellion Duology
 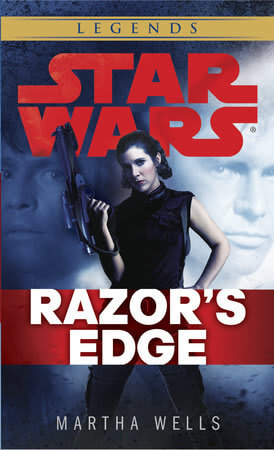