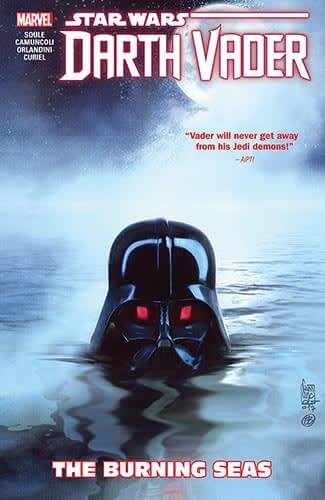 Publisher's SummaryBooks in this SeriesYoutini ReviewVideo ReviewStaff ReviewsCommunity ReviewsVideosCollections
The third volume of Charles Soule's monumental Vader series continues his rampage against the few Jedi survivors who remain hidden after Order 66. Originally pitched by Soule as "Baby Vader," this series is set immediately after the events of Revenge of the Sith and sees the menacing Dark Lord sever his last ties with the Jedi who once was Anakin Skywalker. This time, the Jedi he's up against is a battle-scarred Saesee Tin, leading a resistance movement on the water world of Mon Cala. And he knows exactly who Vader really is under the helmet. . .

As the Empire's grip tightens on the galaxy, the stirrings of a rebellion begin in the Mon Cala system. The fearsome Darth Vader knows that order must be maintained at all costs - and this time the job of snuffing out hope falls to Vader, his inquisitors...and Wilhuff Tarkin! To bring Mon Cala to heel means finding the surviving Jedi that foment this unrest. No tolerance for rebellion can be afforded...but how far will Vader go to complete his mission? The Dark Lord of the Sith goes in for some wet work in this brutal story! 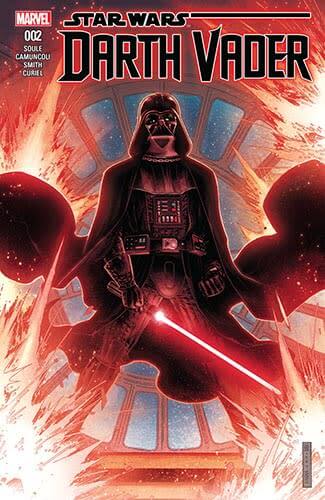 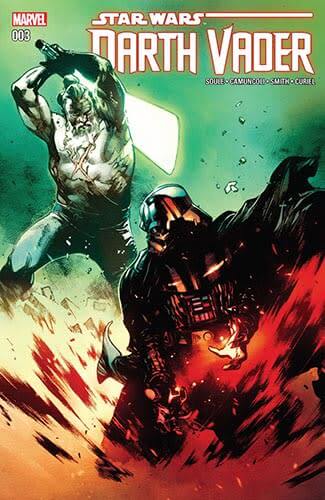