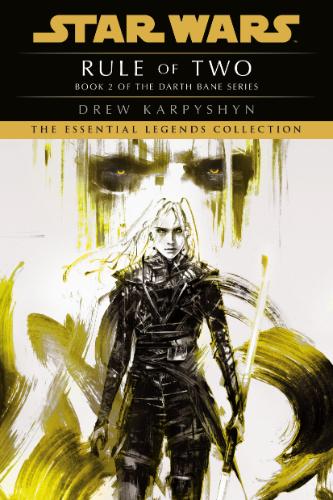 Part of the Essential Legends Collections Series to celebrate the 50th anniversary of Lucasfilm, a reprint of the second book in the classic Darth Bane Trilogy

As the last surviving Sith, Darth Bane promulgated a harsh new directive: the Rule of Two. Determined to put this policy into action, Darth Bane thinks he has found the perfect apprentice. Zannah, though young, possesses an instinctive link to the dark side that rivals his own. Under Darth Bane's tutelage, she will become essential in his quest to destroy the Jedi and dominate the galaxy.

But there is one who is determined to stop Darth Bane: Johun Othone, Padawan to Jedi Master Lord Hoth, who died at Bane's hands in the Sith War. Though the rest of the Jedi scoff at him, Johun's belief that there are surviving Sith is unshakeable. But not even Johun could foresee the astonishing new knowledge and power that Darth Bane discovers through Force–induced visions—power that will alter him in ways he could never have imagined.