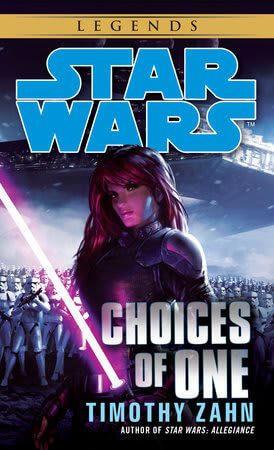 After being forced to evacuate its base on Yavin, the Rebellion is in turmoil. Its pledge to overthrow the Empire's iron-fisted rule is dependent upon finding a new headquarters for their operations. So, when an unlikely source approaches Rebel leadership offering the perfect location in exchange for Rebel protection from an invading alien war force, it seems the Force may be working in the Rebels' favor.

Unbeknownst to Luke, Han, Leia, and the rest of the fledgling Rebellion, Mara Jade, the Hand of the Emperor, and five stormtroopers called the Hand of Judgement, are on their way to that exact prospective base location, looking to destroy the Rebellion once and for all.

The fate of the Rebellion rests on Luke Skywalker’s next move. But have the rebels entered a safe harbor or a death trap?

Eight months after the Battle of Yavin, the Rebellion is in desperate need of a new base. So when Governor Ferrouz of Candoras Sector proposes an alliance, offering the Rebels sanctuary in return for protection against the alien warlord Nuso Esva, Luke, Leia, Han, and Chewie are sent to evaluate the deal.

Mara Jade, the Emperor’s Hand, is also heading for Candoras, along with the five renegade stormtroopers known as the Hand of Judgment. Their mission: to punish Ferrouz’s treason and smash the Rebels for good.

But in this treacherous game of betrayals within betrayals, a wild card is waiting to be played.