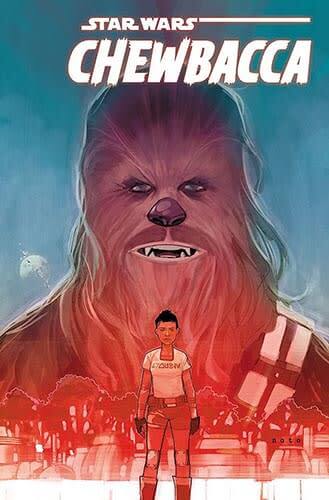 After crash landing a loaned spacecraft on Andelm IV, Chewbacca is forced to gamble in a local casino for the credits he needs to fix up the craft. However, while in the casino, he finds and befriends a young girl by the name of Zarro who is on the run from local thugs who have enslaved her and her father due to her father’s gambling debts. Chewbacca, being sympathetic to the plight of slaves after suffering the same fate at the hands of the Empire, decides he must intervene.

This five-issue miniseries firmly places Chewbacca in the spotlight where he belongs and proves that he’s capable of heroics without Han, Luke, and Leia.

Known as the skilled co-pilot of the infamous Millennium Falcon, the legendary Wookiee warrior CHEWBACCA stars in his very own adventure! After the battle of Yavin, Chewbacca is on his own when he crash lands his ship on an Imperial occupied planet. Now stranded, Chewie finds himself caught in the middle of trying to return to the rebellion and helping a young and feisty girl in need. Writer Gerry Duggan (DEADPOOL, 1872, HULK) and artist Phil Noto (BLACK WIDOW, X-23, UNCANNY X-FORCE) bring us a never-before-seen tale of the heroic Wookiee we all know and love. 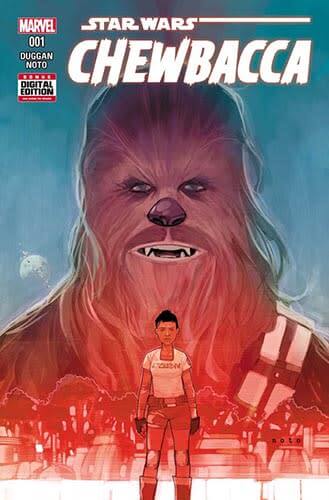 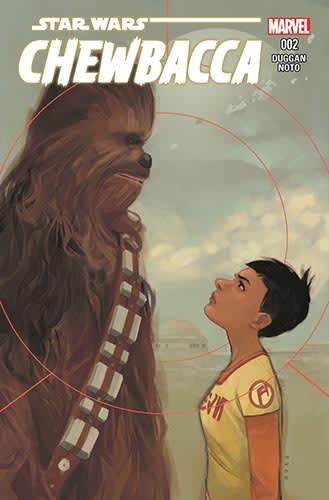 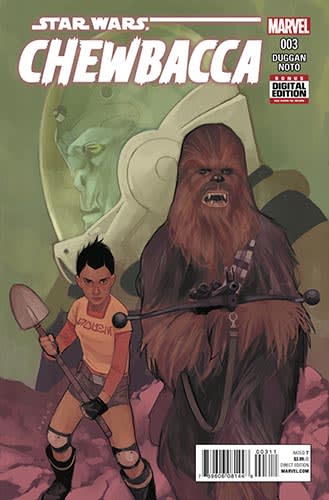 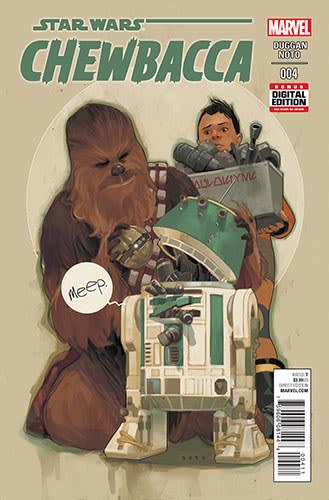