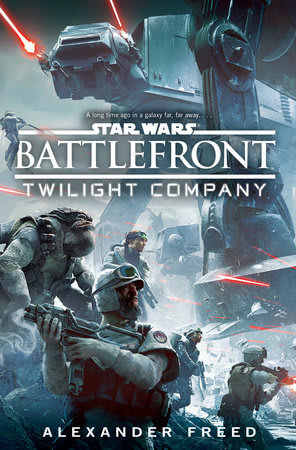 By
Alexander Freed
Released
Nov 3, 2015
Artwork by
Narrated by
Jonathan Davis
Takes place in
6 BBY - 3 ABY
In the
Age of Rebellion
era
Part of the
Battlefront Series
Collects
Masterpiece
Incredible
Good
Fair
Mediocre
Fans of hard-military style novels will find this to be a great read, but the average reader may find it to be a challenge.
Community Rating
#
153
in the
Youtini Reading Order

Deep in the trenches of the Galactic Civil War, there is no more time for games. Rebel Alliance troops must run headfirst into Imperial territory in order to gain ground, risking everything for even the smallest chance of victory.

The fiercest of them all, a group of soldiers bound by loyalty and their collective hatred of the Empire, is known as Twilight Company. Always eager for a fight, they embark on a mission that could jeopardize everything the Alliance has worked for. But if Twilight Company emerges victorious, their efforts could bring new recruits to the cause and increase the Rebellion’s chances of winning the war.

The bravest soldiers. The toughest warriors. The ultimate survivors.

Among the stars and across the vast expanses of space, the Galactic Civil War rages. On the battlefields of multiple worlds in the Mid Rim, legions of ruthless stormtroopers—bent on crushing resistance to the Empire wherever it arises—are waging close and brutal combat against an armada of freedom fighters. In the streets and alleys of ravaged cities, the front-line forces of the Rebel Alliance are taking the fight to the enemy, pushing deeper into Imperial territory and grappling with the savage flesh-and-blood realities of war on the ground.

Leading the charge are the soldiers—men and women, human and nonhuman—of the Sixty-First Mobile Infantry, better known as Twilight Company. Hard-bitten, war-weary, and ferociously loyal to one another, the members of this renegade outfit doggedly survive where others perish, and defiance is their most powerful weapon against the deadliest odds. When orders come down for the rebels to fall back in the face of superior opposition numbers and firepower, Twilight reluctantly complies. Then an unlikely ally radically changes the strategic equation—and gives the Alliance’s hardest-fighting warriors a crucial chance to turn retreat into resurgence.

Orders or not, alone and outgunned but unbowed, Twilight Company locks, loads, and prepares to make its boldest maneuver—trading down-and-dirty battle in the trenches for a game-changing strike at the ultimate target: the very heart of the Empire’s military machine. 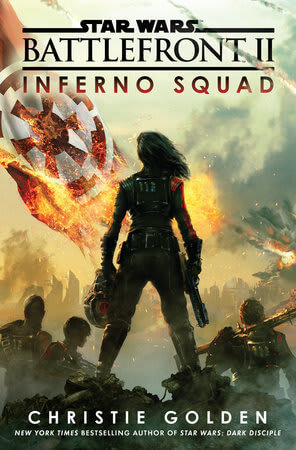 Read Our Full Review

Masterpiece
Incredible
Good
Fair
Mediocre
Fans of hard-military style novels will find this to be a great read, but the average reader may find it to be a challenge.