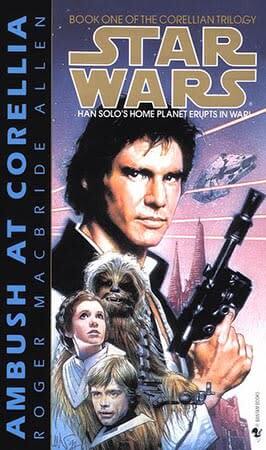 A steadily paced novel that explores our favorite characters in their adult and family lives, 14 years after the events of ROJ. A more relaxed Luke accompanies Lando on a trip to attempt to find a suitable wife, while the Solo family along with Chewbacca travels to Han's home planet of Corellia.

Han and Leia's children serve sizable roles in this adventure, while experiencing a "normal" childhood adventure before the threat of disaster inevitably comes for the Solo family.

As the first book in a three-part series, Ambush at Corellia draws you in, build son character relationships, and has the reader looking forward to the second installment.

A trade summit on Corellia brings Han Solo back to the home planet he left many years before. Arriving on the distant planet with Leia, their children, and Chewbacca, Han finds Corellia overrun with agents of the New Republic Intelligence and finds himself part of a deceptive plan whose aim not even he understands. One thing is clear: the five inhabited worlds of the sector are on the brink of civil war, and the once peaceful co-existence of the three leading species - human, Selonian, and Drallan - has come to an end.

Suddenly all that Han, Leia, and others of the Alliance have fought for is threatened. As jammerships block all communication with Luke Skywalker and the outside universe, Han and Leia find themselves trapped on a world about to explode in violence unless they can meet a fanatical rebel leader's impossible demands. 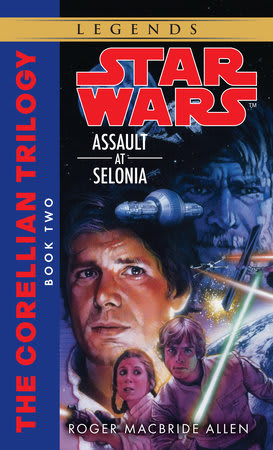 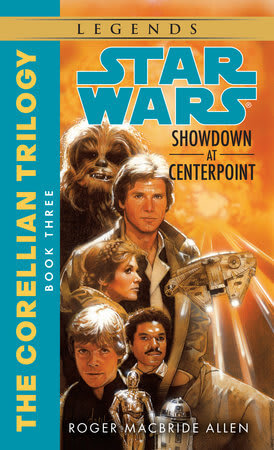