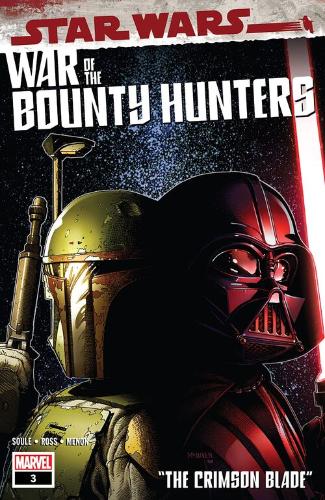 War of the Bounty Hunters #3

Terrifying, implacable Dark Lord of the Sith DARTH VADER has laid claim to HAN SOLO, who is frozen in carbonite.

But the great, exalted JABBA THE HUTT also believes that Solo is his property. It's the galaxy's baddest gangster versus the Empire's most powerful enforcer, and neither is backing down.

BOBA FETT is caught between a Sith and a Hutt…and it's WINNER TAKE ALL.