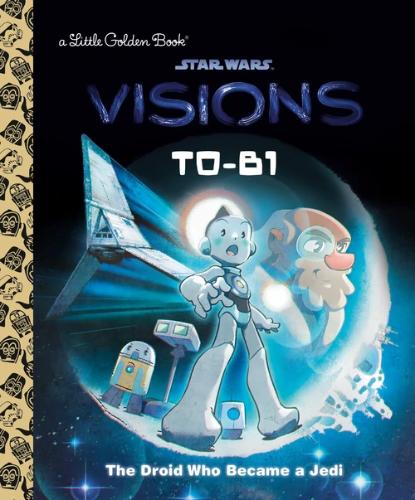 This Little Golden Book is based on the T0-B1 entry of Star Wars: Visions, a collection of short films created by Japanese anime studios, streaming exclusively on Disney+. In the animated short, a young droid named T0-B1 explores a desert planet, discovers the force and fulfills his dream of becoming a Jedi. Featuring stunning anime-inspired illustrations, this book introduces fans of all ages to a new worlds and characters in the Star Wars saga, in the classic, reliable Little Golden Book format.