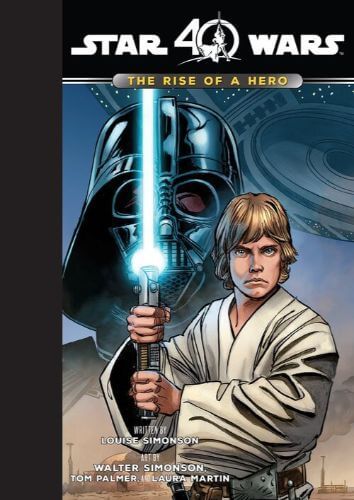 The Rise of a Hero

By
Louise Simonson
Released
May 30, 2017
Artwork by
Narrated by
Takes place in
0 ABY
In the
Age of Rebellion
era
Part of the
Collects
Masterpiece
Incredible
Good
Fair
Mediocre
Community Rating
#
in the
Youtini Reading Order

Blast into hyperspace and relive Luke Skywalker's exciting adventure as he goes from being a farm boy on the dusty desert planet of Tatooine to the rebel pilot and hero who destroys the Empire's most powerful weapon--the Death Star!

Star Wars: The Rise of a Hero reunites legendary Star Wars comic book creators Louise Simonsson, Walter Simonsson, and Tom Palmer, along with Laura Martin, they deliver an all-new, action-packed retelling of A New Hope just in time to celebrate the fortieth anniversary of that landmark science fantasy epic.

May the Force be with you!.