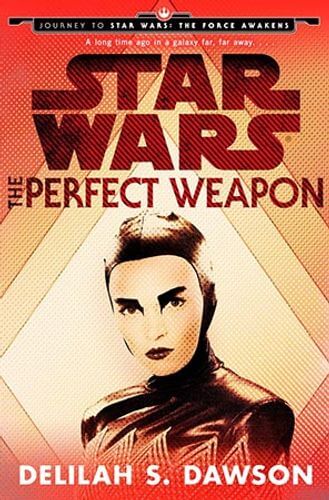 Publisher's SummaryBooks in this SeriesYoutini ReviewVideo ReviewStaff ReviewsCommunity ReviewsVideosCollections
Beloved Star Wars writer Delilah Dawson made her grand debut with this sleeper hit of a short story starring Bazine Netal, who looked to be the new Boba Fett of the Sequel Trilogy. Though that never quite panned out, Dawson established herself as more than capable at telling compelling character-centric stories with female leads in a galaxy far, far away. It was originally part of the Journey to the Force Awakens publishing initiative and was eventually included as bonus content in the paperback release of The Force Awakens novelization. It pairs well with "Bait,” a short story about Grummgar, Bazine’s bounty buddy, originally published in Star Wars Insider 162. The Perfect Weapon is a very accessible, light read and even received an excellent audiobook adaptation—especially excellent around Halloween.

There are plenty of mercenaries, spies, and guns for hire in the galaxy. But probably none as dangerous and determined as Bazine Netal. A master of disguise - and lethal with a blade, a blaster, or bare handed - she learned from the best. Now it's her turn to be the teacher - even if schooling an eager but inexperienced recruit in the tricks of her trade is the last thing she wants to do. But it's the only way to score the ship she needs to pull off her latest job.

An anonymous client has hired Bazine to track down an ex-stormtrooper and recover the mysterious package he's safeguarding. Payment for the mission promises to be astronomical, but the obstacles facing Bazine will prove to be formidable. And though her eager new sidekick has cyber skills crucial to the mission, only Bazine's razor-sharp talents will mean the difference between success and failure - and life and death.