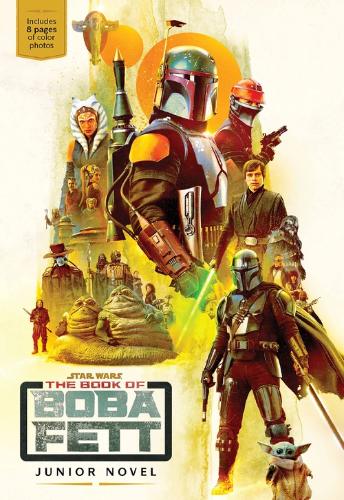 A junior novelization of the events of the The Book of Boba Fett television series.

Relive the excitement of the hit series Star Wars: The Book of Boba Fett!

Former bounty hunter Boba Fett has survived the sarlacc pit, nursed back to health and taken in by a tribe of Tuskens on Tatooine. When the tribe is slaughtered, Boba seeks revenge, and sets himself up in Jabba the Hutt's old palace along with his new right hand, assassin Fennec Shand. But the fight for power on Tatooine goes deeper than expected, and Boba will need help from new and old allies in order to secure his position and avenge his tribe.

It's just business. Or is it?