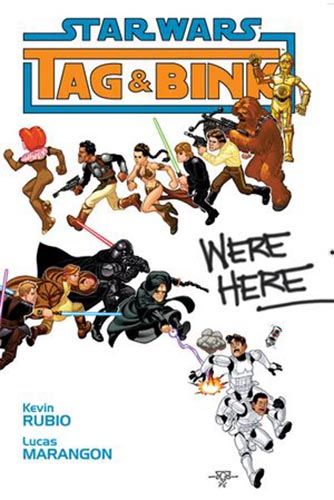 By
Kevin Rubio
Released
Nov 21, 2006
Artwork by
Lucas Marangon, Rick Zombo
Narrated by
Takes place in
Various
In the
era
Part of the
Tag and Bink Series
Collects
*see book profile for details
Community Rating
#
in the
Youtini Reading Order

The infamous exploits of this hapless Rebel pair are now collected in one single, attractive, and highly portable volume!

Officers Tag Greenley and Bink Otauna were minding their own business aboard a familiar, princess-harboring freighter when they suddenly found themselves under siege. Now under attack by the Empire, they will choose life over a noble death and "borrow" the armor off a pair of deceased stormtroopers. Their new disguises might get them off the freighter alive, but they'll also lead Tag and Bink on an adventure neither could have predicted!

Chock-full of appearances by everyone's favorite Star Wars characters, Tag & Bink cleverly weaves the pair's misadventures into the movies themselves. No setting is safe as they traverse the galaxy from the Death Star to the Sarlacc pit to Cloud City to Endor!

Written by fan-favorite writer Kevin Rubio (creator of the internet film sensation Troops and hilarious short stories from Star Wars Tales) and illustrated by Star Wars stalwart Lucas Marangon, find out why Tag & Bink is a favorite of many Dark Horse employees. 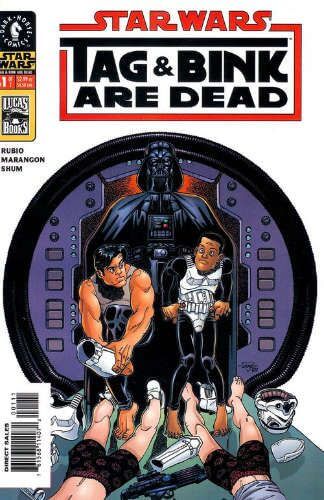 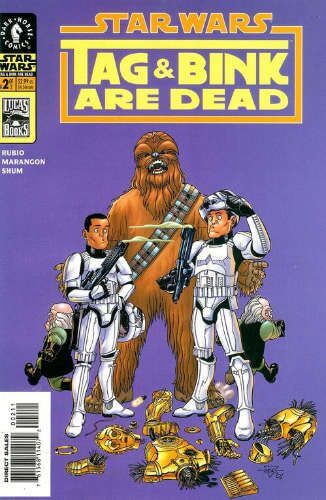 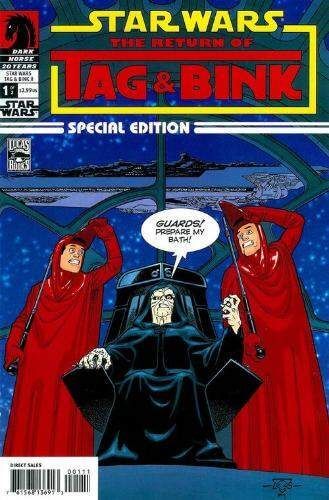 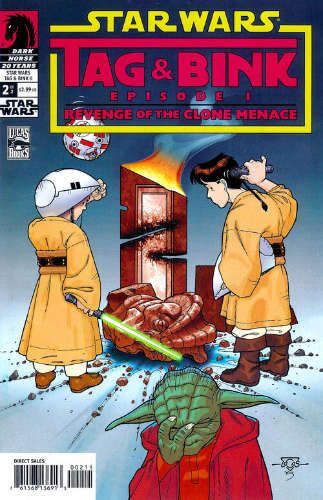