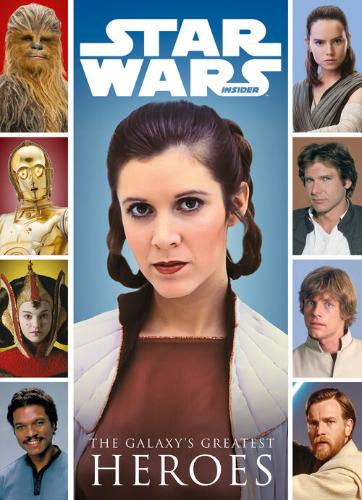 By
Various Authors
Released
Feb 8, 2022
Artwork by
Narrated by
Takes place in
In the
era
Part of the
Collects
Community Rating
#
in the
Youtini Reading Order

Go behind-the-scenes to discover how the most iconic Star Wars’ heroes were brought to the screen in this collection of incredible interviews and articles.

The actors and creators behind 15 of Star Wars’ most popular heroes discuss the process behind creating some of the most iconic characters in cinematic history. Includes Mark Hamill (Luke Skywalker), Carrie Fisher (Princess Leia), Harrison Ford (Han Solo), and George Lucas (the creator of Star Wars), Lawrence Kasdan (writer: The Empire Strikes Back, Return of the Jedi and The Force Awakens), J.J. Abrams (writer, director: The Force Awakens and The Rise of Skywalker), to name a few