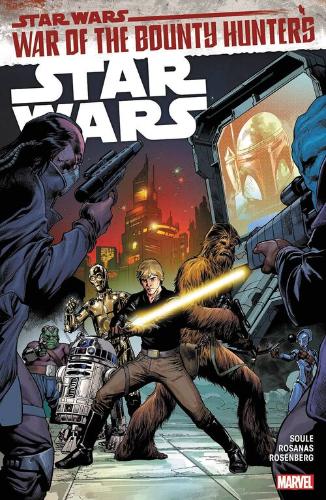 The hunt for Han! Chewbacca has heard from an old friend with intelligence on the location of notorious bounty hunter Boba Fett, who is in possession of the carbon-frozen body of Han Solo. Along with Luke Skywalker, the loyal Wookiee sets off in search of his lost friend, on an adventure to Nar Shadaa... [sic] better known as the Smuggler's Moon! But this mission may prevent plucky astromech droid R2-D2 from passing along a crucial message to Luke — a message that will affect the fate of the entire Jedi Order! The saga of Star Wars continues to surprise!