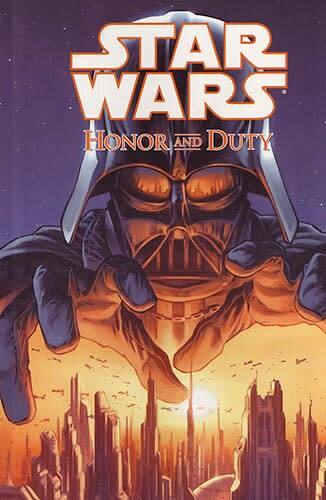 By
John Ostrander
Released
May 10, 2006
Artwork by
Various
Narrated by
Takes place in
24 BBY
In the
Rise of the Sith
era
Part of the
Dark Horse Comics Republic Series
Collects
Republic: #46-48, #78
Community Rating
#
in the
Youtini Reading Order

Watch the fall of the Republic through the eyes of Sagoro Autem - Senate Guard, mercenary, prisoner, Clone Wars hero and Imperial target - in a story that spans from before the Clone Wars to the first mission of Darth Vader! Young Jedi Knight Obi-Wan Kenobi, and Anakin Skywalker his even younger Padawan, protect a senator from a small system as assassination attempts threaten to silence his crucial swing vote. Joining the Jedi in their mission is Autem, loyal Senate Guard. Yet, as Obi-Wan and Anakin fend off a league of master assassins, Autem discovers a link between the killers that will change his own life forever - a secret he will not be able to face until the Clone Wars have come and gone, and he finds himself on the run from the new Emperor's enforcer, Darth Vader!