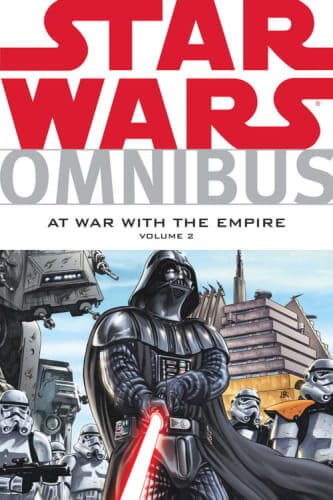 Omnibus: At War with the Empire Volume 2

Following Star Wars: A New Hope, the struggling Rebellion has won their first major victory, giving them inspiration to continue the fight-but the war against the Empire is not even near its conclusion. In this omnibus collection, you'll find stories of your favorite classic-era characters, along with several new faces of the Rebellion: Luke is recognized as a Jedi General, and also the son of Anakin Skywalker, hero of the Clone Wars; a powerful crime lord leads the Empire, the Rebels, and his own spies in a circle of betrayal; the Rebellion faces a big challenge to bring about a small victory; Luke and Leia encounter an evil from the past when Darth Vader sets a trap for them on a deserted moon-all these stories and more!