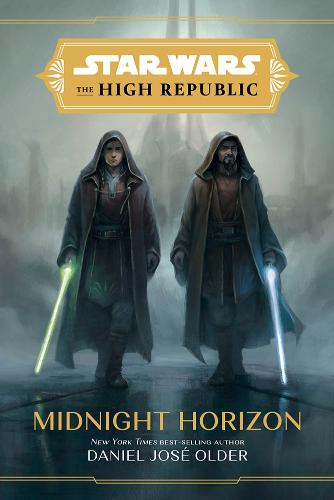 This is a canon young adult novel and part of the third wave in Phase 1 of the multimedia project Star Wars: The High Republic.

Two hundred years before the events of Star Wars: The Phantom Menace, in the era of the glorious High Republic, the Jedi are the guardians of peace and justice in the galaxy!

After a series of staggering losses, the Republic seems to finally have the villainous Nihil marauders on the run, and it looks like there's light at the end of the tunnel. Until word comes of a suspected Nihil attack on the industrial cosmopolitan world of Corellia, right in the Galactic Core.

Sent to investigate are Jedi Masters Cohmac Vitus and Kantam Sy, along with Padawans Reath Silas and Ram Jomaram, all fighting their own private battles after months of unrelenting danger. On Corellia, Reath and Ram encounter a brazen young security specialist named Crash, whose friend was one of the victims of the Nihil attack, and they team up with her to infiltrate Corellia's elite while the Masters pursue more diplomatic avenues. But going undercover with Crash is more dangerous than anyone expected, even as Ram pulls in his friend Zeen to help with an elaborate ruse involving a galactic pop star.

But what they uncover on Corellia turns out to be just one part of a greater plan, one that could lead the Jedi to their most stunning defeat yet….