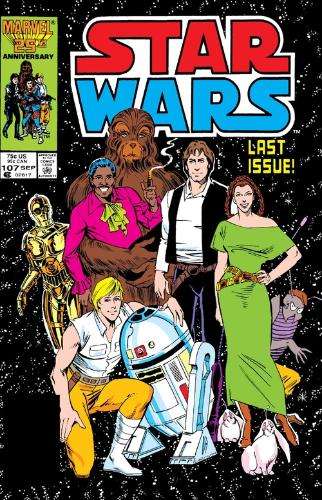 In the aftermath of Star Wars Episode VI Return of the Jedi, the heroes of the Rebellion face new challenges — and new dangers! Leia must choose between joining a new Republic government or continuing as a warrior for peace! Han Solo and Lando Calrissian find themselves in a tough spot when Chewbacca's family is threatened! Luke Skywalker is haunted by thoughts of his dead father Darth Vader, as he faces another Dark Lord — and a new foe, the dark lady Lumiya! The Ewoks go to war! The Nagai attack! And it all culminates in a multi-pronged invasion of the planet Zeltros! Plus: Return to the original Marvel years in a special modern story featuring several of the era's fan-favorite characters!