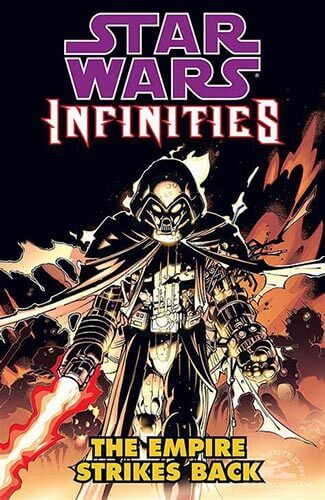 Take the events and characters from one of the classic Star Wars films, throw in one happenstance, mishap, or technical glitch beyond the characters' control, and watch how that changes everything. In Dark Horse's first foray into Infinities (Star Wars Infinities: A New Hope), Luke Skywalker's valiant torpedo attack on the Death Star failed due to a faulty detonator -- an event no one could have foreseen -- and the Rebellion was dealt a debilitating setback. In Infinities -- The Empire Strikes Back, Han Solo's desperate attempt to locate his friend Luke in the icy wastes of the planet Hoth is thwarted when the tauntaun he's riding succumbs to the cold while Han is still a mile from Luke's location. Han arrives too late, barely in time to hear Luke's dying words about Jedi training and the planet Dagobah... Thus begins an adventure far different than the one seen in the motion picture. Along the way, a famous bounty hunter is frozen in carbonite, Han and Chewie are captured on Tatooine by Jabba the Hutt, and Princess Leia and Yoda have a fateful jungle showdown with Darth Vader! 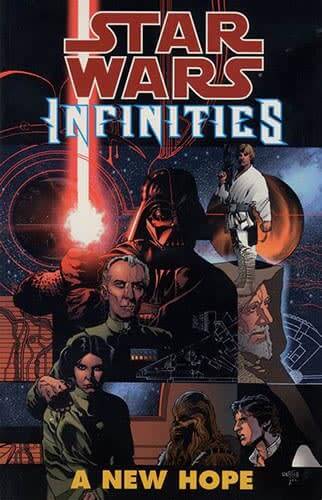 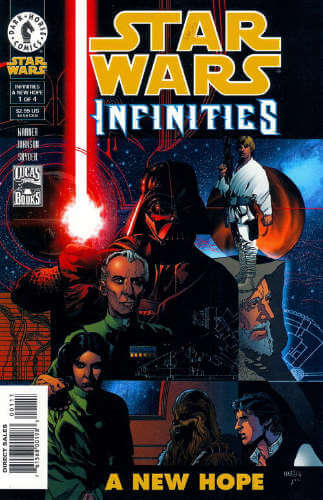 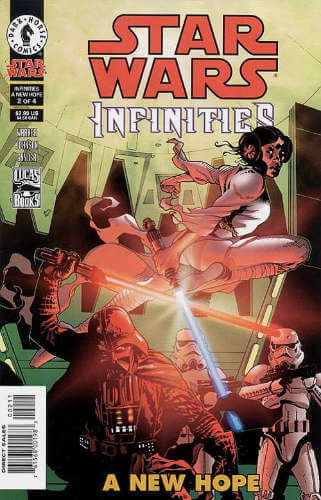 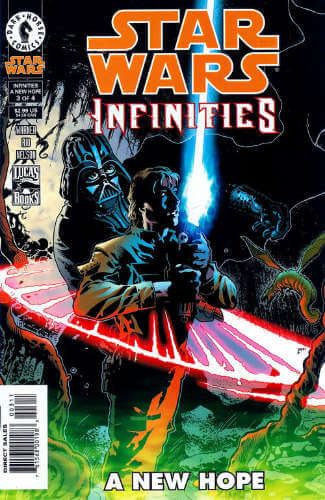