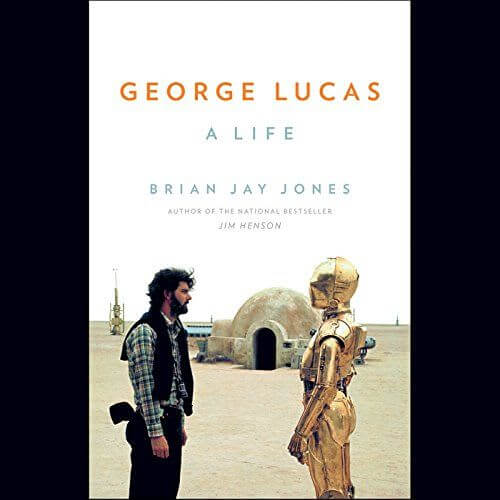 By
Brian Jay Jones
Released
Dec 6, 2016
Artwork by
Narrated by
Takes place in
In the
era
Part of the
Collects
Masterpiece
Incredible
Good
Fair
Mediocre
Community Rating
#
in the
Youtini Reading Order

George Lucas: A Life is a 560 page biography on Star Wars creator George Lucas published by Little, Brown and Company. It was released on December 6, 2016. The definitive biography of one of the most influential filmmakers ever--George Lucas. On May 25, 1977, a problem-plagued, budget-straining, independent science-fiction film opened in a mere thirty-two American movie theatres. Conceived, written, and directed by a little-known filmmaker named George Lucas, Star Wars reinvented the cinematic landscape, ushering in a new way for movies to be made, marketed, and merchandised. And if that wasn't game-changing enough, Lucas went on to create another blockbuster series with Indiana Jones, and completely revolutionized the world of special effects, not to mention sound systems. His work and legacy have led to a rash of innovation and democratization in film and television Simply put, George Lucas is one of the most influential filmmakers of the past fifty years. He is an icon, and his fans will be eager to read a biography as impressive as his achievements--especially in the midst of J.J. Abrams' reboot of the Star Wars franchise.