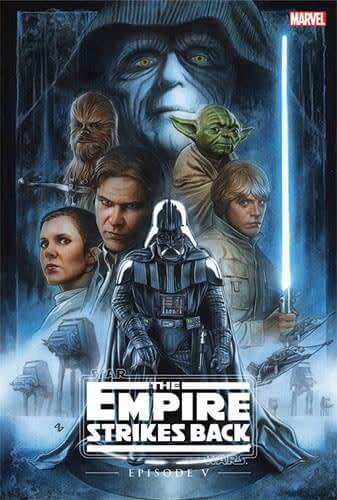 The comic adaptation of the darkest chapter in George Lucas' original trilogy is remastered for the modern age! As the Imperial Forces regroup from the Death Star's destruction, they target the new Rebel Alliance base on the ice planet Hoth. Will Darth Vader's troops find Luke Skywalker, or will a wampa get Luke first? Meanwhile, feelings run high in the galaxy's greatest love triangle, bounty hunters target Han Solo, and Jabba the Hutt lies in wait. Luke seeks out the great Jedi Master Yoda on swampy Dagobah, but the Emperor has designs on turning the young Rebel hero. As the battle begins for Skywalker's soul, will his fear lead to anger, hate and the dark side?