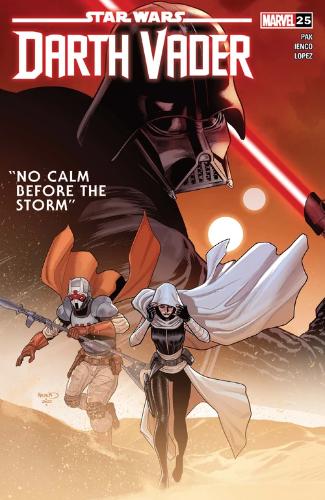 The Dark Lord of the Sith relentlessly tracks a corrupt Imperial governor. But is Vader still driven by his quest for order – or has his encounters with shades from the past awoken new motivations? Meanwhile, few figures in the galaxy are more different than Sabé, handmaiden of Padmé Amidala, and Ochi of Bestoon, assassin of the Sith. So when they're forced to work together in Vader's ambit and the knives inevitably come out, who's still standing at the end? And what will that lonely soul have to say when Vader returns?