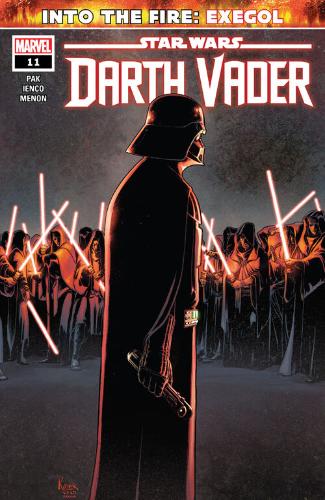 Into the Fire Part 6: Exegol

As punishment for his rebellion, DARTH VADER was broken by THE EMPEROR, his limbs shattered, forbidden to use THE FORCE.

But after surviving OCHI OF BESTOON, THE EYE OF WEBBISH BOGG and the horrors of THE RED NEBULA, Vader stands on the verge of uncovering the Emperor's greatest secrets.

But will the revelations on EXEGOL empower Vader — or his master? And what new doom awaits LUKE SKYWALKER as a result?