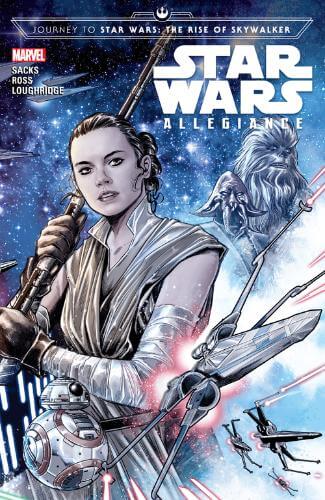 Publisher's SummaryBooks in this SeriesYoutini ReviewVideo ReviewStaff ReviewsCommunity ReviewsVideosCollections
Part of the Journey to the Rise of Skywalker publishing push in the lead-up to Episode IX, Allegiance is a Marvel Comics mini-series featuring the main heroes of the Sequel-era saga: Rey, Poe, Finn, and General Leia. With their forces decimated after the Resistance was forced to evacuate D’Qar in the retaliatory attack after the destruction of Starkiller Base, the Resistance is desperate to gather allies. Their search leads them to the familiar planet of Mon Cala, featured prominently in the main Marvel Star Wars ongoing title, and home to Admiral Ackbar. But the planet has seen better days, Ackbar is gone, and although underwater, our heroes have an uphill battle to fight. Allegiance #1-4

On the run since the destruction of the Starkiller Base, General Leia and the remaining handful of Resistance have barely managed to survive, much less strike back against the superior forces of the First Order. Running low on options, Leia decides to reach out to her former allies, the Mon Calamari, whose shipyards once powered the Rebel Alliance. 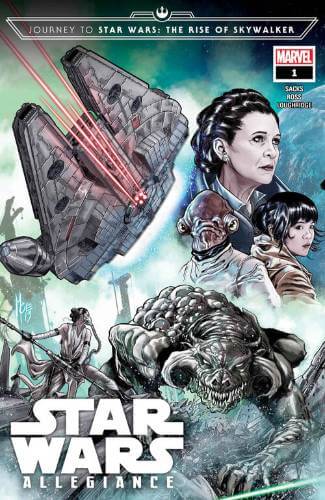 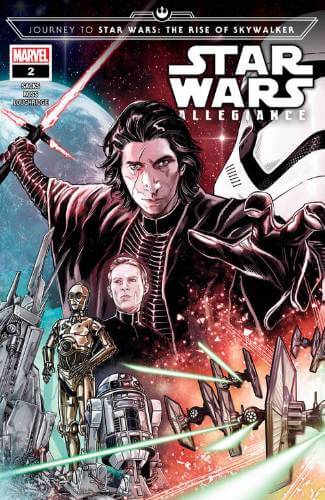 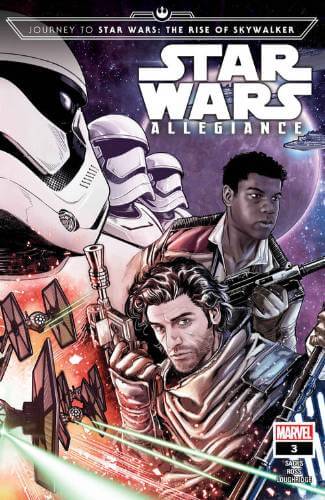 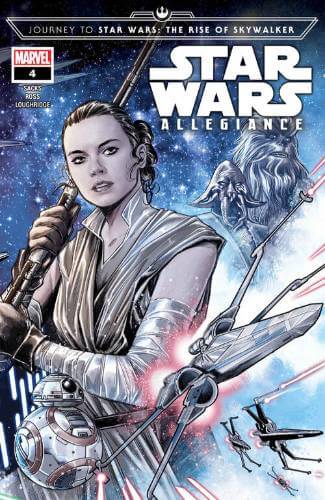