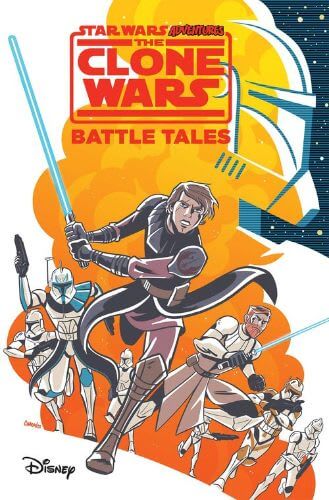 Publisher's SummaryBooks in this SeriesYoutini ReviewVideo ReviewStaff ReviewsCommunity ReviewsVideosCollections
Who else to tell a better story from the Clone Wars than the clones themselves? See through the eyes of the Republic’s greatest soldiers through this miniseries written by none other than Michael Moreci! The talented writer’s hope is that children will find lessons to be learned from clones that they can look up to, whether it be from the ever-popular Rex and Cody or more lesser-known characters.

Star Wars Adventures: The Clone Wars – Battle Tales is a canon trade paperback that collects the five-part comic-book series Star Wars Adventures: The Clone Wars – Battle Tales. Return to a time of great upheaval in the galaxy, the final years of the Republic, in this anthology based on the beloved animated series! While Obi-Wan Kenobi, Anakin Skywalker, and other Jedi Knights fight against incredible odds, two Republic squadrons must hold their position against an encroaching droid army of the Separatists. Pinned down for the duration, Commander Cody, Captain Rex, and other clones swap war stories that feature your favorite characters from The Clone Wars animated series, such as Padmé Amidala, General Grievous, and many more![ 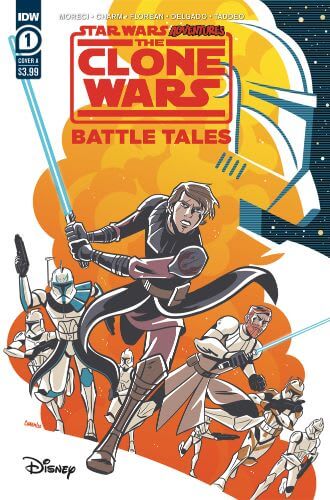 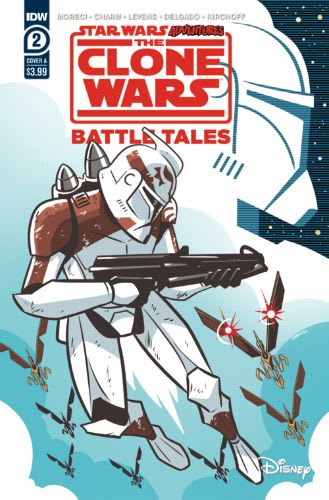 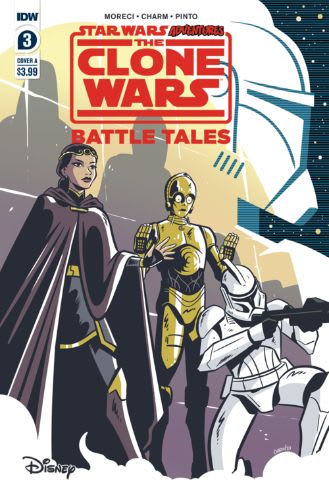 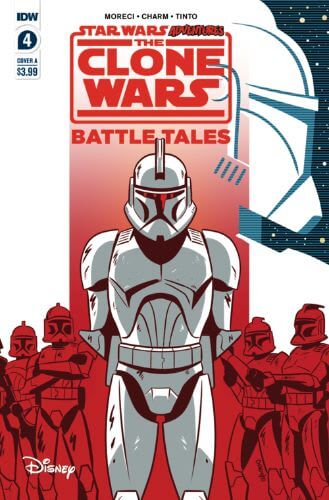