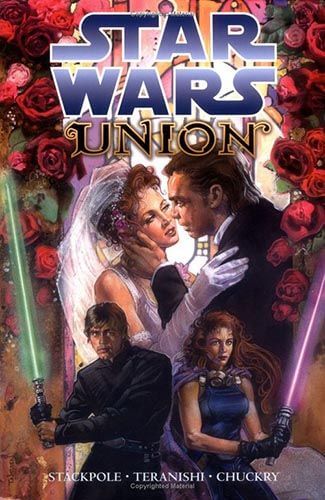 Publisher's SummaryBooks in this SeriesYoutini ReviewVideo ReviewStaff ReviewsCommunity ReviewsVideosCollections
It’s the moment we’ve been waiting for! From their first encounter in the jungles of Myrkyr, the chemistry between Luke and Mara Jade has been electric. They’ve overcome Thrawn, Joru’us C’baoth, vornskrs, clones, and even ghosts of the past, and now it’s time for the biggest wedding in Star Wars comics. But there’s one last obstacle standing in the way…

When Luke Skywalker, the New Republic's greatest hero and sole Jedi Master, decides to marry Mara Jade, the woman who was once the Emperor's personal assassin, you can be sure that hands both Imperial and New Republican will be raised to stop the marriage—at any cost! Written by acclaimed Star Wars novelist Michael Stackpole (X-Wing: Rogue Squadron; I, Jedi) and illustrated with photographic realism by Robert Teranishi, Union spotlights a monumental event in the Star Wars timeline that bridges the classic Star Wars trilogy to its boundless future a long time ago in a galaxy far, far away! 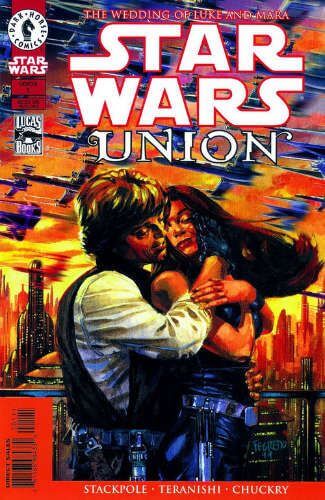 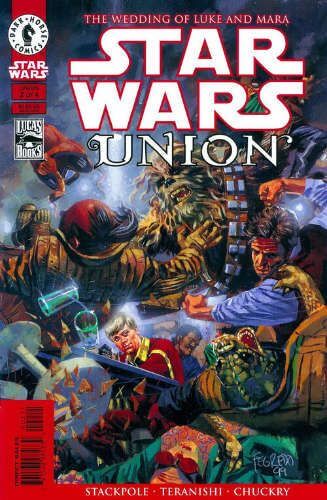 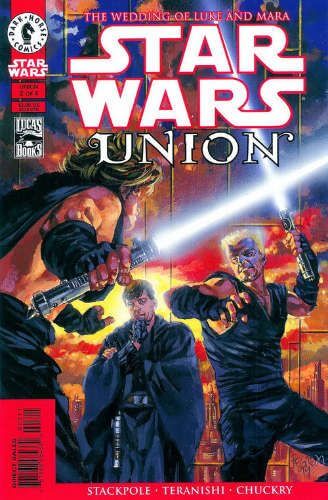 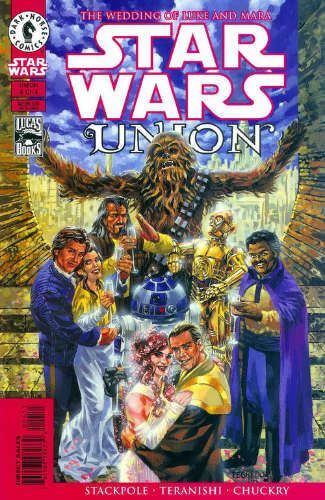