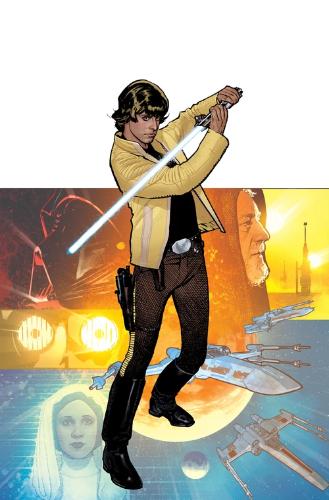 The Empire strikes back! As the Rebellion expands, Darth Vader is closer than ever to locating Luke Skywalker. Luke and Leia find themselves on a mysterious world holding an ancient Jedi relic that could change their destinies forever, but Vader has his own plans for it — and for them! Then, Han Solo and Chewbacca join Luke and Leia for a daring heist whose success may depend on the Rebellion's newest recruits. And when the Empire assaults the rebels' base on Hoth, Luke is sent in an unexpected new direction — leading him to Yoda, and to a terrible truth about his father!