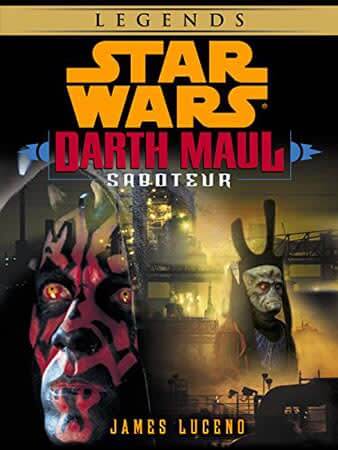 By
James Luceno
Released
Feb 15, 2001
Artwork by
Narrated by
Takes place in
33 BBY
In the
Rise of the Sith
era
Part of the
Collects
Masterpiece
Incredible
Good
Fair
Mediocre
Community Rating
#
in the
Youtini Reading Order

The Sith have been extinct for a millennium. At least…none have been seen. But the finest Sith are as patient as they are ruthless, and Darth Maul is no exception. Sent on a covert mission to fuel a vendetta between rival mining companies, Maul hopes to strengthen the Trade Federation, please his master, and get one step closer to revealing himself to the Jedi…and having revenge.

This short story by James Luceno gives a bit more backstory to the mysterious black-clad figure fans meet in The Phantom Menace and, in the process, proves that Maul’s mind was every bit as sharp as his saber.

On the distant planet Dorvalla, precious ore is mined by two competing companies: InterGalactic Ore and Lommite Limited. Neither rival suspects that they are central to a sinister plot masterminded by Darth Sidious, Lord of the Sith, himself.

Dispatched by Sidious on his very first solo mission, Darth Maul infiltrates Lommite Limited. There, his unique gifts of deception and subterfuge will set off an explosive chain of events that could destroy both companies, leaving them ripe for takeover by the Trade Federation. But a vengeful Lommite Limited Manager with his own thirst for retaliation against InterGal could blow Maul's cover — and all of Sidious's fiendishly laid plans.